I’m delighted to say that Special Collections is now able to accept researchers again. A quick hello from me, Julie Parry, the new Archivist taking over the reins Special Collections Librarian – Alison Cullingford. Please email special-collections@bradford.ac.uk if you have a query or would like to make a booking and we will do our best to accommodate.

Staffing: a welcome and some farewells

An update on the Special Collections staff changes we shared with you back in October.

We are delighted to welcome our new archivist to the University!  Julie Parry will start work in January.  She is highly experienced and has worked with lots of modern, radical archives at the People’s History Museum, where she is senior archivist.

Alison (who writes this) leaves the University at Christmas to take up wonderful role at Durham Cathedral.  Martin is now settled into his new subject librarian role though still continues to be involved with Special Collections and will help Julie to settle in.  Our Project Archivist, James Neill, finishes on the 30th November.  He has done a fantastic job in cataloguing and promoting the complex Calvin Wells Archive and we are very grateful to him for all his efforts.

We are hopeful that we can offer a fairly seamless transition to new opening hours and arrangements in 2019 once Julie has started.  However we are not yet able to confirm exactly how our new service will operate.  Please therefore continue to inform us by email special-collections@bradford.ac.uk if you are interested in making a booking for 2019. As soon as new hours are agreed, we will be contacting interested parties to offer appointments.  Apologies for any inconvenience.  We believe it is better not to take firm bookings than to risk disappointing people whose bookings we cannot honour.

Some big changes are on the way for Special Collections.

I (Alison) will be leaving the University at Christmas to take on the role of Head of Collections at Durham Cathedral.  I am sad to leave Bradford and grateful for the many opportunities I have had there.  However the new role is too wonderful to pass up and I am thrilled to work with manuscripts, early printed books and objects in their historic, distinctive setting.  Martin is also moving on, taking up a subject librarian role in the J.B. Library: he has been a huge asset to the team and will be much missed.

We are hoping to minimise disruption to the service during these changes.  We are already recruiting a new archivist and are hoping to have someone in post as soon as possible.  If you’re planning to visit us in 2019, please contact us on special-collections@bradford.ac.uk so we can keep in touch with you about the prospects for your visit. 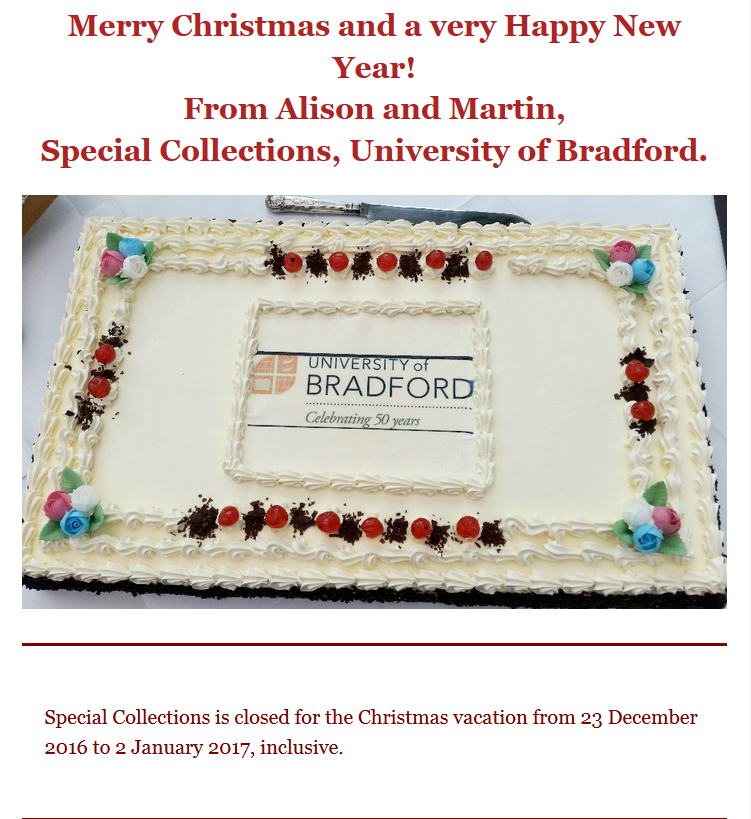 Posted on December 15, 2016 by alison-cullingford in Service News and Updates

The Time Capsule is Open!

12 April 1991. As part of the celebrations of the 25th anniversary of the University of Bradford, a time capsule was sealed into the foyer of Richmond Building.  University staff had been asked to suggest “sensible but imaginative objects” (the winners received bottles of sparkling wine) which were put into the capsule before it was locked by Vice Chancellor David Johns and Chair of Council Roger Suddards.

12 April 2016. As part of the celebrations of the University’s 50th anniversary, the time capsule was opened at a special event for staff and students.  Watch the event, including a “show and tell” by Alison Cullingford the Special Collections Librarian (me!), on this Youtube video:

We were delighted that Professor Peter Excell was able to attend: his talk covered his choice of object (the super-conductor) and his memories of 1991.   A large and lively crowd clearly enjoyed finding out more about the objects and the story of the University: thanks to all involved in organising or participating: it was fun!

You can see photographs of the objects on the Time Capsule’s webpage. The media then (and now) were most interested in those representing University Chancellors.  Our Chancellor at the time, industrialist and TV personality Sir John Harvey-Jones, contributed this huge tie: he often wore such a tie when he visited the University.  Sir Harold Wilson, the first Chancellor (1966-1986), was by then too frail to attend, but sent one of his iconic pipes.  It still has the faintest trace of tobacco.

The objects are now part of the University Archive in Special Collections; everyone is welcome to arrange a visit to see them.  Colleagues at the University, please contact me (Alison)  if you would like a mini-opening in your own department.

From Alison and Martin, Special Collections, University of Bradford

We had fun choosing sturdy green and red books for our Christmas book-tree.  The Reading Room looks very festive!  Please note that the Special Collections service is closed for the Christmas holidays from 24 December 2015-3 January 2016 inclusive.  We hope this won’t cause any inconvenience to our readers.

2016 will be an exciting and busy year: we will be celebrating the 50th anniversary of the University of Bradford.  You can find out more and see some lovely images from our archives on the anniversary webpage.

Goodbye Emma (and thank you!)

On 5 November Special Collections and our Library colleagues said farewell to our Project Archivist, Emma Burgham.  Here we are eating cake (Emma is second from the right). 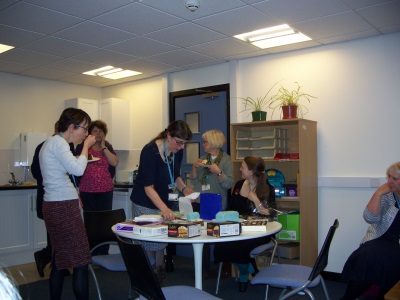 Emma joined us in July 2014 for the Mitrinovic/New Atlantis Archive cataloguing project.  This large archive was created by the philosopher Dmitrije Mitrinovic and his circle and greatly enhances knowledge of inter-war society, politics, culture and ideas.  As an experienced archivist, Emma has been able to make sense of this complex collection and create a catalogue which will make it useful to researchers worldwide.  Here’s one of our favourite images from the collection, a postcard showing Dubrovnik in the 1920s.

Emma also organised a wonderful Symposium to share news of discoveries in the archive, and has worked closely with students and other volunteers on transcribing letters and cleaning documents.  We are very grateful to Emma for all her hard work and wish her all the best for future.   You can find out more about the archive and Emma’s work on the project webpage and the Eleventh Hour blog. 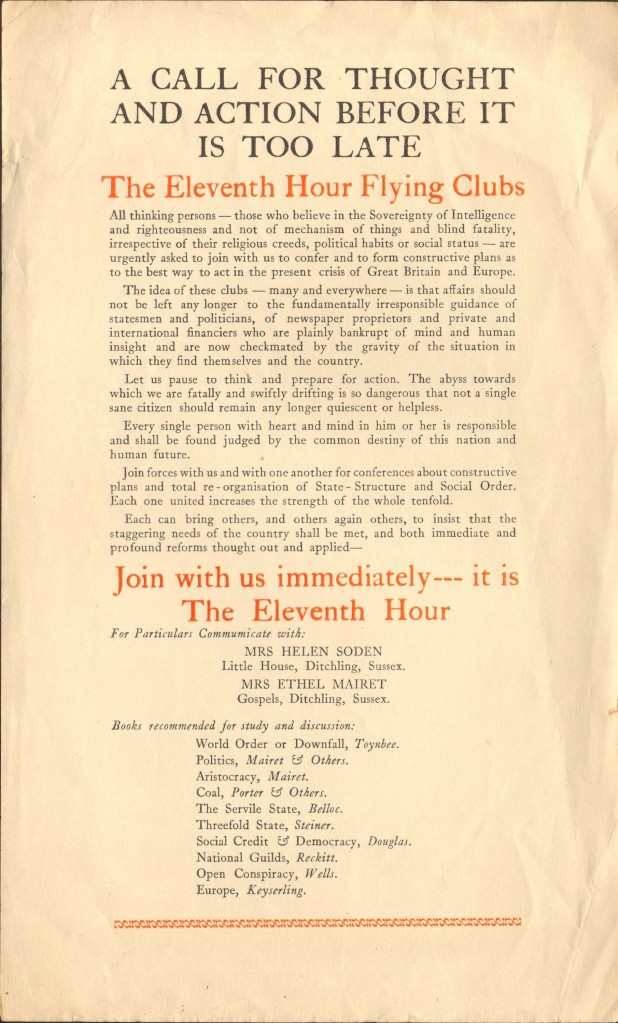 Special Collections – University of Bradford
Create a free website or blog at WordPress.com.